Today
Mostly cloudy, with a high near 20. Northeast wind 3 to 5 mph.
Tonight
Mostly clear, with a low around 5. Wind chill values as low as -3. Light and variable wind becoming southeast around 5 mph after midnight.
Saturday
Increasing clouds, with a high near 26. Wind chill values as low as -4. Southwest wind 6 to 13 mph.
Weather forecast provided by weather.gov.
Sign In LinkSearch
Main Navigation 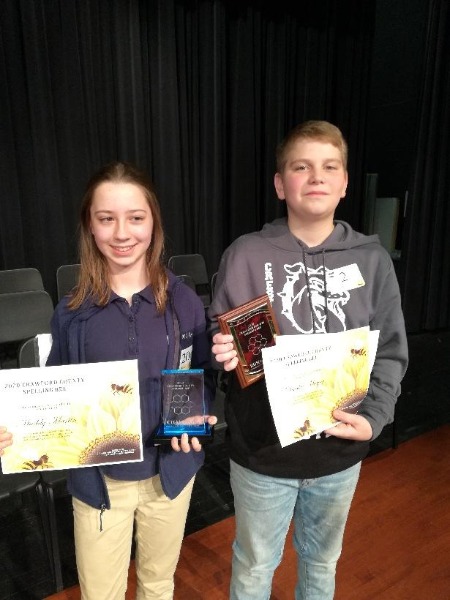 The top twelve contestants will go on to compete in the Tri-County Spelling Bee that will be held February 13th at 6:30 p.m. at the Mid-Ohio Conference Center. The following students will be competing.

Every speller received a certificate, and the champion and first runner-up received awards. Certificates and awards were provided by the Mansfield News Journal.