Today
Mostly cloudy, then gradually becoming sunny, with a high near 45. South wind 9 to 13 mph.
Tonight
A chance of showers, mainly after 10pm. Mostly cloudy, with a low around 38. South wind 7 to 11 mph. Chance of precipitation is 50%. New precipitation amounts of less than a tenth of an inch possible.
Tuesday
Showers likely, mainly between 8am and 2pm. Cloudy, with a high near 49. Southeast wind around 5 mph. Chance of precipitation is 60%. New precipitation amounts between a tenth and quarter of an inch possible.
Weather forecast provided by weather.gov.
Sign In LinkSearch
Main Navigation

On Friday, March 11, 2022, Mid-Ohio Educational Service Center was proud to once again host high school teams from the surrounding area in an Academic Challenge tournament. Students competed as teams, answering questions about a wide range of topics including literature, fine arts, geography, history, math, and science.

At the varsity level, eighteen teams faced off in two brackets. The winner of each bracket then faced off to determine the ultimate champion. Lexington (winner of bracket A) took champion overall, with the team of Katie S, Thomas S., Maggie S, and Wes H. Ashland (winner of bracket B) took runner-up overall with team members Andy Roblin, Jacob Stump, Andrew Pascarella, Anna Slade, Rachel Robinson, and Alice Cao.

In the junior varsity tournament, there were 16 teams competing in two brackets. The top teams from each bracket faced off in the final. For bragging rights, Ashland B, composed of Erica Cao, Micah Mauriocourt, Jocelyn Honaker, Jaden Backensto, Jacob Slade, and Logan Frazer squeaked out the victory by only one point over fellow schoolmates on the Ashland A team.

Prior to the tournament, Mid-Ohio ESC hosted the High School Winter Academic Challenge League in a virtual format.

Colleen Haynes, Mid-Ohio ESC Gifted Coordinator, said both the tournament and league ran very smoothly. “It was exciting watching these students in action. On display was not only a wealth of knowledge, but also a deep sense of integrity and good sportsmanship! Congratulations to all student participants.”

The 4th - 8th grade Academic Challenge teams also continued their season this month. Many coaches, students, and parents expressed their excitement to be experiencing in-person tournaments once again as over eighty teams convened these past two weeks at Mid-Ohio ESC. 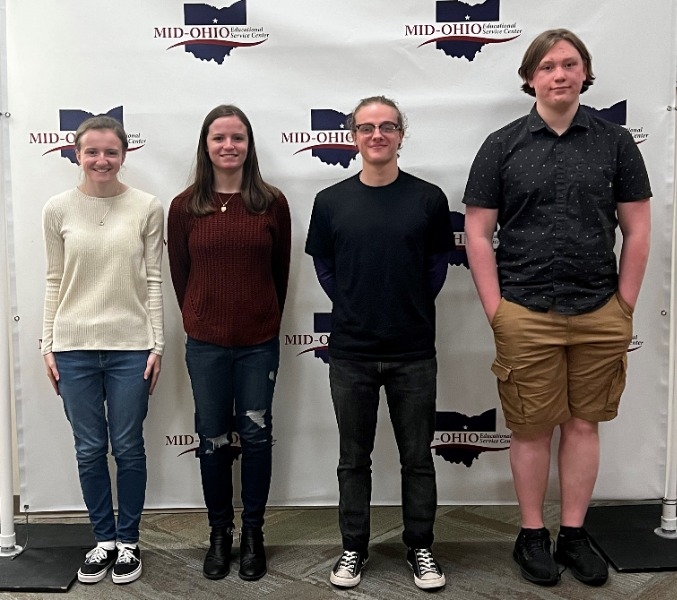